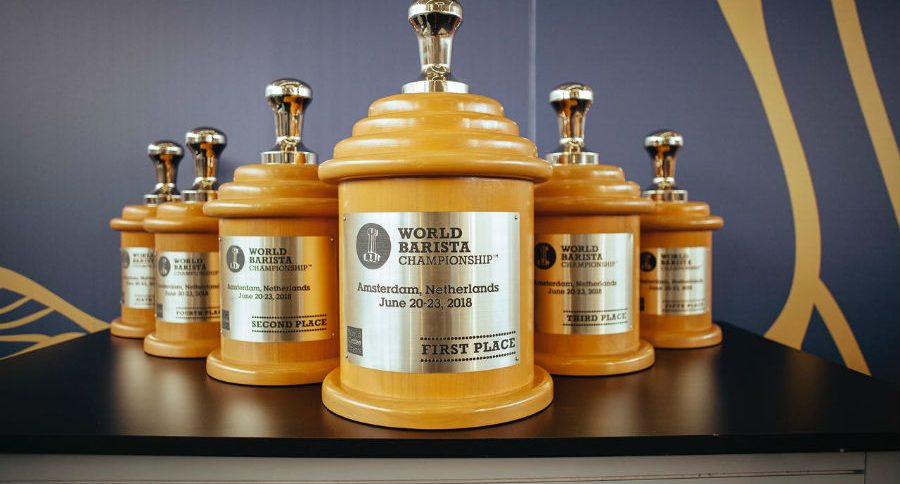 (some of the information are from WCE site)

Coffee competitions are the epitome of the best coffee. Whether it’s a regional, national, or world championship, they will stretch you to your limit. By participating, you’ll hone your skills and discover how great your love for coffee really is. I’ve had the privilege to compete, judge, and coach in barista, brew, Aeropress, cup taster, roast, Cezve and latte art competitions over the last ten years. Getting up on that stage is no easy task, but I believe any coffee person who sets their mind to it can achieve it. Because competing is about more than technical skills. It’s also about attitude, mentality, lifestyle and what ability that you have but you don’t know, you can just sort it out by being on stage. So let me take you through what attitudes you need to achieve your best – whether in any kind of competition or simply in your daily coffee shop routine.

First, you need to know the most important coopetition in all around the world and the old one is which holding by WCE,

World Coffee Events (WCE) is an event management organization registered in Dublin, Ireland.  WCE was originally founded in 2011 by the Speciality Coffee Association of Europe and the Specialty Coffee Association of America, which have since unified to become the Specialty Coffee Association. The current WCE portfolio includes the World Barista Championship, the World Cup Tasters Championship, the World Latte Art Championship, the World Coffee in Good Spirits Championship, and the World Brewers Cup, as well as features such as All-Stars, the Espresso Bar, and the Brew Bar. WCE is supported by a robust group of volunteer committee members. These members collaborate on, generate, and refine many materials, processes, and documents that help support our mission statement. WCE’s committees are critical to helping develop and shape the organization, and in supporting our strategic initiatives. Annual working groups may also be formed to help with specific projects related to one activity or championship. A volunteer leadership team designed to address competition needs and questions at the highest levels, interfacing with the SCA Board of Directors and other internal and external groups. Assists in developing format and strategic planning for all of the championships, including rules, regulations, judges, communications, and marketing. This group brings together long-time competition experts from many perspectives, meeting throughout the year to consider how to keep the competition formats moving forward with our industry.

is the preeminent international coffee competition produced annually by World Coffee Events (WCE). The competition focuses on promoting excellence in coffee, advancing the barista profession, and engaging a worldwide audience with an annual championship event that serves as the culmination of local and regional events around the globe. Each year, more than 50 champion competitors each prepare 4 espressos, 4 milk drinks, and 4 original signature drinks to exacting standards in a 15-minute performance set to music. WCE Certified Judges from around the world evaluate each performance on the taste of beverages served, cleanliness, creativity, technical skill, and overall presentation. The ever-popular signature beverage allows baristas to stretch their imagination and the judges’ palates to incorporate a wealth of coffee knowledge into an expression of their individual tastes and experiences. The top 15 highest-scoring competitors from the first round, plus wild-card winner from the Team Competition, advance to a semifinal round. The top 6 competitors in the semifinal round advance to the finals round, from which one winner is named World Barista Champion!

highlights artistic expression in a competition platform that challenges the barista in an on-demand performance. For the preliminary round of the championship, baristas produce a single creative latte pattern at the Art Bar, then move to the WLAC stage to create two identical free-pour lattes and two identical designer lattes (which allow etching and decoration). Scores from the Art Bar and Stage are combined, and the top 12 qualify for the semi-final round, where competitors make two matching sets of different free-pour latte patterns, and one matching set of free-pour macchiatos. The top six semi-finals competitors qualify for the final round, where competitors make two different matching sets of free-pour latte patterns and one matching set of designer lattes. The top-scoring competitor in the final round is declared the World Latte Art Champion. Baristas are judged based on visual attributes, creativity, identical patterns in the pairs, the contrast in patterns, and overall performance

awards the professional coffee cupper who demonstrates speed, skill, and accuracy in distinguishing the taste differences in specialty coffees. Coffees of the world have many distinct taste characteristics and in this competition format, the objective is for the cupper to discriminate between the different coffees. Three cups are placed in a triangle, with 2 cups being identical coffees and one cup being a different coffee. Using skills of smell, taste, attention, and experience, the cupper will identify the odd cup in the triangle as quickly as they can. A total of 8 triangles are placed in each round. The top 8 competitors with the most correct answers and the fastest time proceed to the next Semi-Finals round. Then the top 4 will compete again in the Finals round to determine the next World Cup Tasters Champion.

debuted 2013 in Nice, France. In this 3-stage event, competitors are evaluated on their performance evaluating the quality of green coffee (coffee grading), developing a roasting profile that best accentuates the desirable characteristics of that coffee, and on the ultimate cup quality of coffees roasted.

(also known as ibrik) is a pot designed A still from a previous Cezve/Ibrik Championship specifically designed to make a particular style of coffee that is largely consumed in parts of Eastern Europe, the Middle East and North Africa, The body can be made of metal, brass, copper, or ceramic but it features a distinctive long handle and a brim that is designed to serve the coffee. This event showcases the Cezve or Ibrik preparation of brewing coffee, set in a competition format that celebrates the cultural tradition. In this championship, it is encouraged that the competitors bring their own style/cultural element to their performance to showcase what is one of the oldest forms of preparing coffee.

highlights the craft of filter coffee brewing by hand, promoting manual coffee brewing and service excellence. In this Championship, competitors prepare and serve three individual beverages for a panel of judges. The Championship consists of two rounds: a first-round and a finals round. During the first round competitors complete two coffee services – a compulsory service and an open service. For the compulsory service, competitors prepare three beverages utilizing whole bean coffee provided to them by the competition. For the open service, competitors may utilize any whole bean coffee of their choosing and must also accompany their beverage preparation with a presentation. The six competitors with the highest score from the first round will go on to compete in the finals round consisting exclusively of an open service. One competitor from the final round will be named the World Brewers Cup Champion.