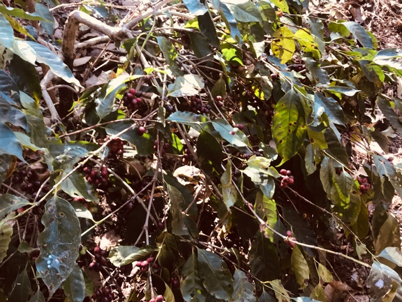 The most intense solar radiation reaches a plant growing in the tropics when the sun is directly overhead. As the Earth tilts, the solar intensity is reduced because the radiation is spread over a larger area.With some simple trigonometry, you can see that a shift in the angle of the sun of 60° reduces the available sunlight by approximately half. A coffee farm located on the Tropic of Capricorn will receive direct sunlight on the 21st of June. But by the 22nd of December, the angle of the sun will have shifted from 23° 26′ south to 23° 26′ north. this change results in direct sunlight being spread over roughly 36 percent more land area, reducing the intensity of light where it strikes the earth. However, the times when the sun is directly overhead roughly corresponds with the rainy season, which can result in significant cloud cover obscuring the sun’s rays in an effect known as albedo. Based on observations on Reunion Island, sited in the Indian Ocean, east of Madagascar, Bertrand et al., 2012 reported that solar radiation was negatively correlated with elevation, due to the frequent cloudy weather in the highlands, and positively correlated with temperature.’ In other words, increased solar radiation and temperature occurred in areas of lower elevation. 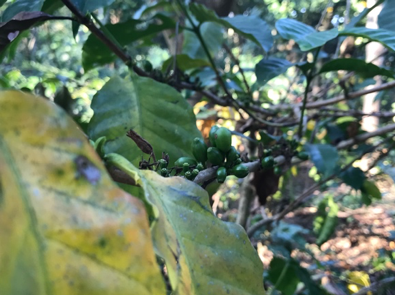 Plants with an east-facing aspect receive the first morning light, making them drier than plants with a west-facing aspect. The dew and rain begin to evaporate sooner in the day than they would on a west-facing aspect, so they have a head start. Plants with a west-facing aspect are usually warmer than those on a south-facing aspect, so ripening tends to occur more quickly. The last two decades have seen increases in the land area devoted to shade-grown coffee, but at the same time, non–shade-grown production has increased almost exponentially. ‘Shade-grown’ now describes around 24 percent of the land used for coffee. This amount is down from 43 percent in 1996. Yield-focused government incentives have been the driver for the widespread adoption of full-sun farming over the past two or three decades. Coffee research institutes created in the 1970s and 1980s , promoted the reduction or removal of shade cover. 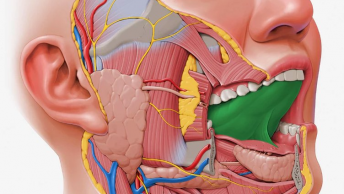